Could My Boiler Be Fixed

Just below are typical boiler problems and further below are real life situations of if they were fixed or not beign an emergency boiler repair as part of a premium service given.

He is a list of boiler problems listed as they come in and further below are the answers to if they were fixed or not. 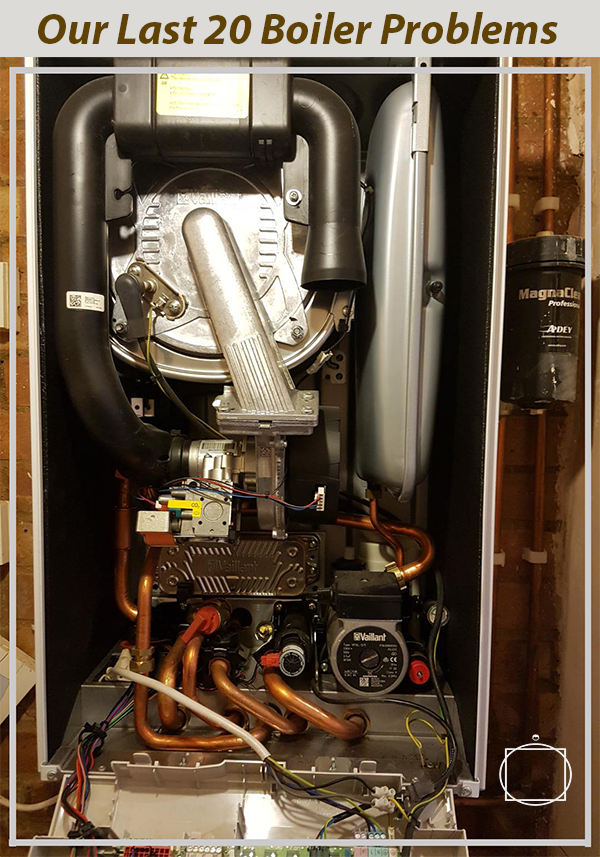 No hot water from boiler

This job was an a client looking for a boiler repair engineer in Slough where the client reports being no hot water coming from the boiler.

Once the contractor called Anthony had got to the property and took a look at the boiler, he then realised the boiler was a commercial boiler which he wouldn't of carried the right qualifications for even though he had little experience with these type of boilers.

Lucky enough the issue to the boiler was low water pressure below 0.5 on the pressure guage and was a very easy fix by just adding presure back into the central heating system.

The cost to such an easy job was the minimum of one hour plus call out fee.

This was booked in as a boiler break down with our client explaining the gas boiler isn't producing hot water or heat.

The engineer who went out to this job was an engineer called Waqar from who is an emergency plumber in Blackburn doing an emergency boiler breakdown on Oldham.

Upon arrival the first thing was to find out what was going on and why our client wasn't getting no hot water or heat.

With this call our client called saying they had water leaking from there boiler which was Ideal.

The engineer Andrew went out to the client to investigate and find out what the issue is with the boiler to find out there wasn't a leak on the boiler but on the water filter that was next to the boiler.

The water filter turned out to be split and was classed as a special part so in order to get the central heating system working, the filter was taken out and piped straight through.

The filter is used to keep the system working better by keeping the central heating cleaner so as a temporary fixture this can do for short term or long term if you decided not to take great care of your boiler or central heating system.

Water coming out of the expansion pipe of the vaillant boiler 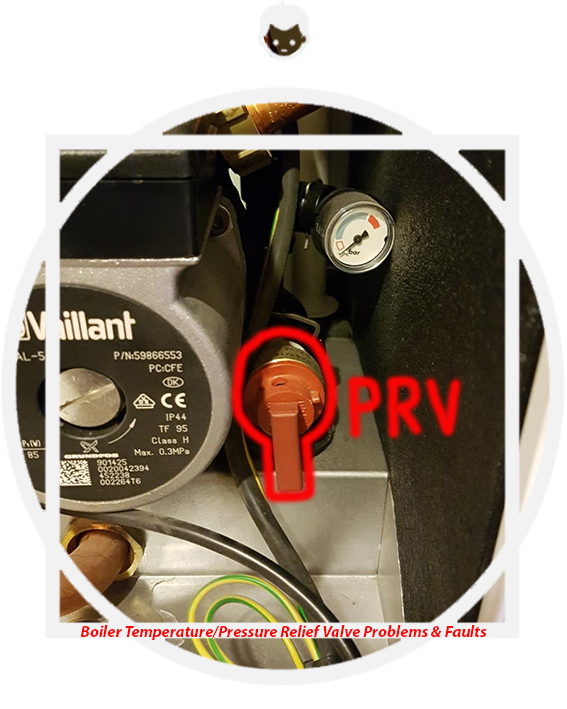 Client called regarding water coming out of the expansion pipe and like many of our clients we explain there is a 70% chance that we can get the boiler fixed.

Upon arrival to the property, it was found that the issue was the pressure relief valve also known as the PRV and luckily enough the contractor had this PRV on his van which isn't on the list of normal stock.

First thing was to drain the boiler down and replace the valve which was done in 30 to 40 minutes before job was complete and boiler working again.

Client called to explain there boiler wasn't working, hoping we could send a contractor out which we did. 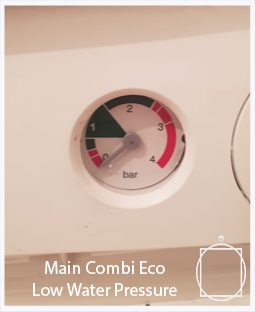 Once the contractor arrived to the property, he found out there was low water pressure on the Main Combi Eco which he has re-pressurised the gas boiler back up to get working.

Having low pressure can be due to a number of issues, one being the radiators require bleeding and in most cases, there are other reasons that the central heating boiler needs looking at to make sure there isn't going to be mroe proplems in the future.

With this job, the contractor did diagnos a possible faulty pressure release valve and even though the boiler was working again with no immediate issues, the client told the contractor he will call him if he feels he wants further work doing and the part ordering as this wasn's stocked on the van.

Client called and immediately explained that he had a F25 Error code on his Vaillant boiler and would like someone to come out and have a look at it.

We have a list of Vaillant error codes with very useful articles for you to read upon.

When the boiler repair engineer got to the property and inspected the boiler, it was found that a connection had got a bit furry and was losing it's connection due to this reason so the gas engineer decided to clean the connection up and get the boiler working again.

The long term issue was that it required a new boiler regardless of the boiler being about 9 years old.

The reason that the connection went bad was because the boiler hadn't been serviced in about 7 years causing it to get into a poor state.

Leaking water underneath a Vaillant ecoTEC plus 837 gas boiler 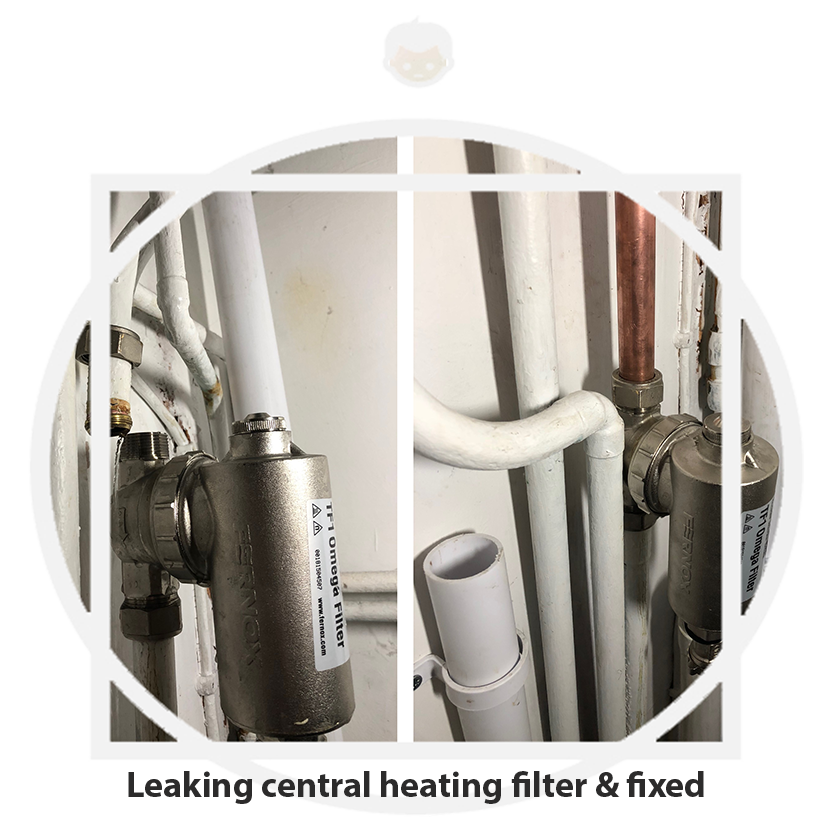 Got a call from a customer claiming they had leaking water underneath there central heating boiler and unsure what to make of it, we decided to make a visit as part of an emergency call out.

Once the contractor had got there,, he found out that the water leaking wasnt coming from the Vaillant ecoTEC plus 837, it was coming from the top of a nut from a TF1 Omega Filter.

It was found that the issue wasnt the fault of the manufacture who make the TF1 Omega Filter, it was due to bad installation.

The reason for the bad installation, it was found that who ever connected up the water filter had left the olive at the end of the pipe and even though we had to drain the central heating, we managed to fix the issue and make a repair.

Client called us to explain the boiler isn't working and would like someone to come out.

Gary Angus was able to resolve the issue by sorting the blockage, however not being able to gaurantee anything as the system required a power flush as ongoing.

A few hours later the system wasnt working again and after further investigation, the pump apparently seized up and was replaced fixing the issue, however a power flush was still required.

Client calls and explains "Vaillant ecotec pro 24 boiler not firing up" so we then went through the booking service and sent out a contractor called Andrew Jones.

There was also water to be found in the central heating controller meaning the next stag meant an emergency electrician was required to go instead which we organised for the client also. 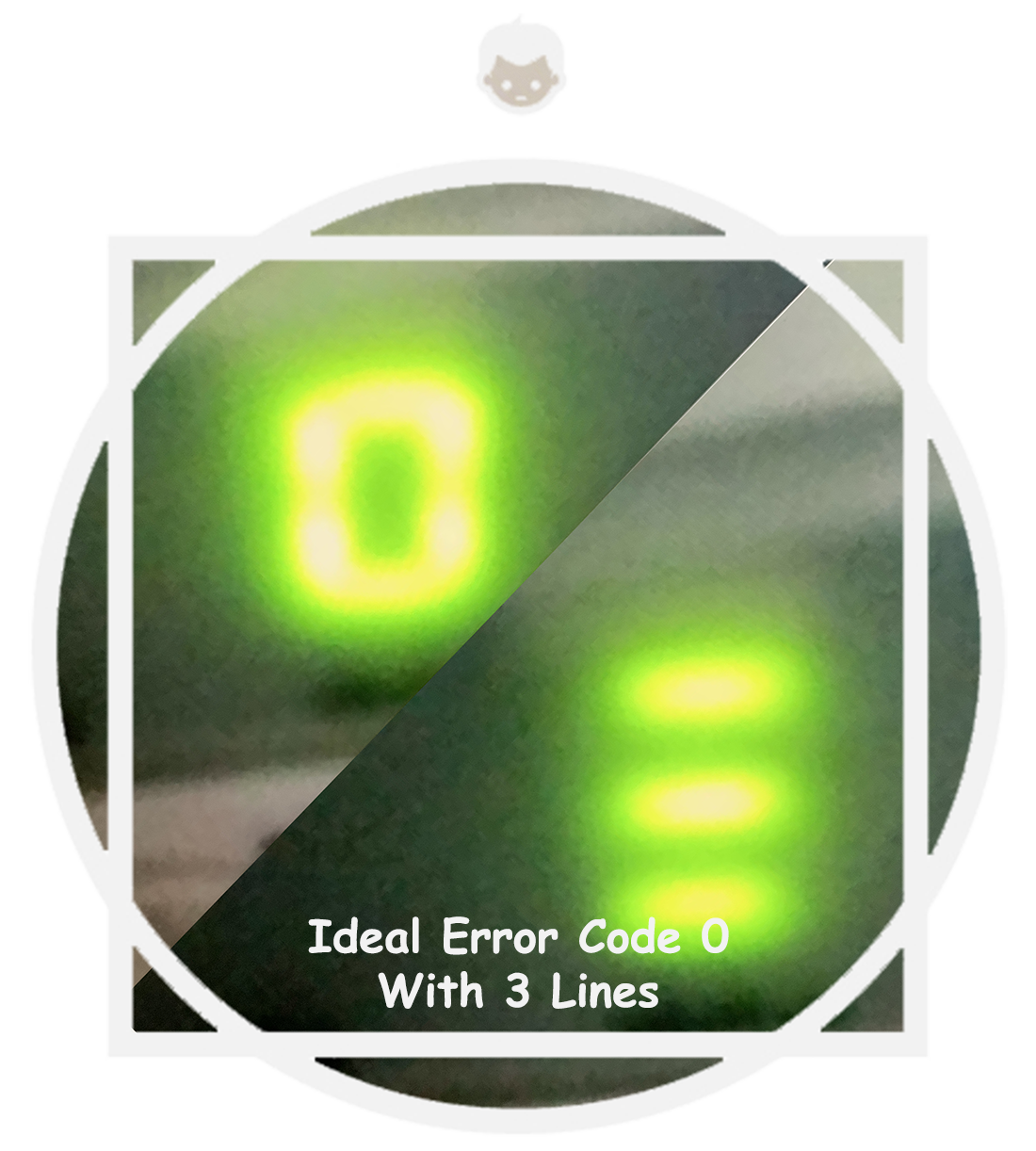 This job came firstly as an L9 error code on the ideal boiler and it was our job to send a contractor out that was competent to work on teh ideal boiler.

When the contractor got to the property, the first thing he saw was that there was an error code being L9 which was due to low water pressure in the boiler, however there was no filling loop to be found anywhere which is generally due to a poor installation, so the contractor had to fill the boiler by means of connecting a hose pipe.

The likelihood of the filling hose not being on the system is very slim and in most cases this is due to being hidden behind boxes or floor boards, however this does not rule out that was no filling loop at all.

Once the central heating system was filled back up and the boiler was then turned back on, a new error appeared being a 0 and then 3 lines as shown in the picture.

The type of error that this is was not in the book and nowhere to be found, however by experience, this type of error means the boiler has overheated causing the boiler to go into lock down and not firing up.

The symptoms are found on the boiler being hot.

When getting the 0 error code on the ideal boiler you generally have to wait about half an hour to 2 hours, however by using some tricks, you can flush cold water through.

The diagnosis is very awkward on this type of boiler and is likely going to be a fault on the central heating pump that should show about 160 olm reading.

Due to the amount of faults the boiler came up with, after 11 years of having the boiler and due to it's poor installation, the client decided to have a new boiler meaning this boiler wasn't fixed at the time.

Our client called us to explain he had water leaking from his ideal boiler and was hoping for a fix or to at least make safe for now.

Once the contractor Dougie arrived at the property and after inspection, he then realised that all he could do was to make safe because the boiler was curosive meaning there was nothing that could be done apart from advice a new boiler was required. 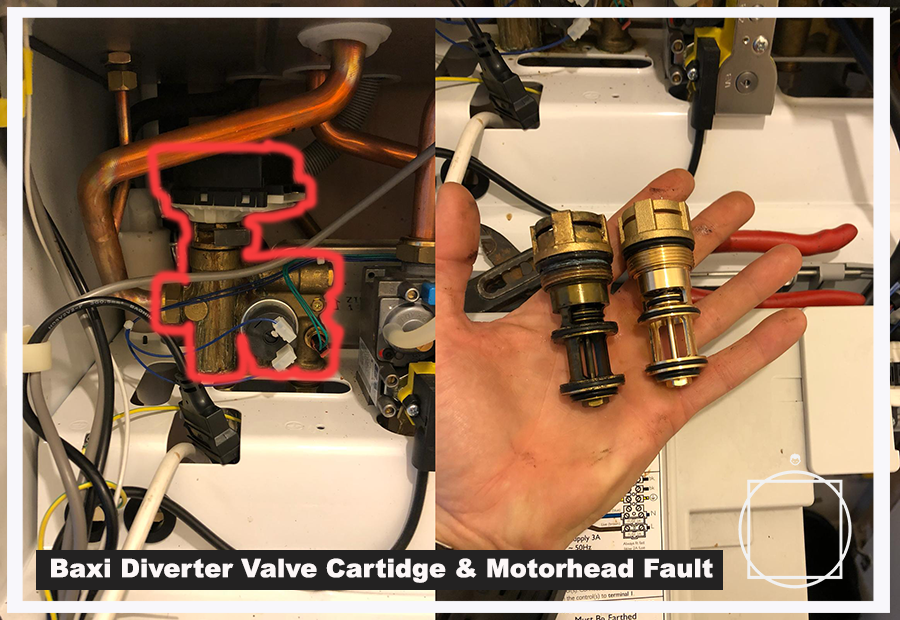 Client calls to say they have water leaking from the boiler hoping they could get a fix.

The engineer Thomas Sweeney goes out and finds a leak coming from the Diverter valve Cartridge that connects to the diverter valve actuator (Motorhead).

At this point, all the engineer could do was to drain down and make safe as two parts were required to be ordered and fitting.

Within 2 working days, both parts had arrived and the engineer went back to fit them, completing the job and getting the boiler running again.

4 out of 12 boilers temporary fixed.