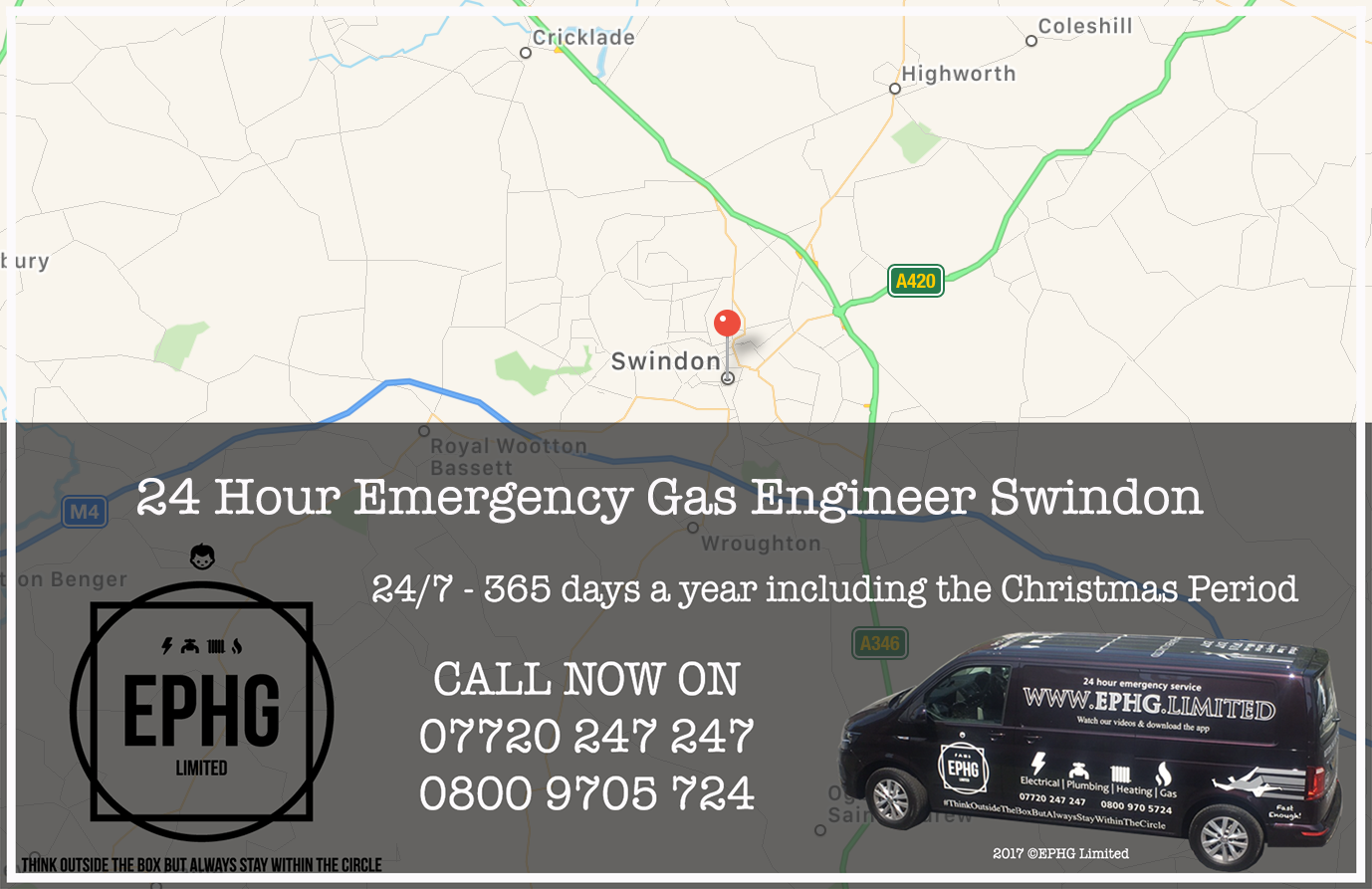 Looking for an emergency gas engineer Swindon, smell gas, gas wont turn off, issue with the gas fire, is it a bird you have behind the fire place, have you got carbon monoxide poinsoning, havent had a gas safe check or a boiler service in a while then you can either call national grid or EPHG Limited depending on the service you require.

EPHG Limited run a 24 hour gas emergency service Swindon in Wiltshire for all your emergency gas situations supplying you with an emergency gas engineer Swindon 24 hours.

We have plenty more useful information about having a gas emergency which is very useful reading and important for many clients but may be a good read for gas safe engineers also explaining the type of jobs gas engineers do in Swindon.

About our 24 hour emergency gas engineer in Swindon of Wiltshire

As a 24 hour gas service in Swindon, this means that we mainly cover emergencies on a 24 hour basis for the type of jobs such as no gas gatting to your appliance in the worse time that you need it most, our 24 hour service is 24 hours. The time could be just gone midnight or in the middle of the day but our main goal is to get a 24 hour gas engineer Swindon to you immediately or within a reasonable time but where we dont have an engineer close, we can also get one from out of the area to help us out in the time of your needs.

Please also note that in many cases if you smell gas or have a gas leak in Swindon, you should be able to call national grid of whom in most case will come out and make safe but not fix the problem that you have called them out for in the first place.

Our Midnight gas engineers in Swindon or the surrounding areas are 24 hours so it doesnt matter what time you call, we will always have staff taking the calls.

As we provide an emergency gas engineer Swindon our job is to get an engineer to you within 2 hours or at least advice you to call the national grid in your hour of need due to the aspect of the emergency.

Looking for another service and not just 24 hour gas engineer in Swindon then feel free to check our electrician, plumber, heating engineer page or maybe boiler repair.